On 11 August 2014, four members of the Committee of the International Hardy Plant Union (ISU) – which now once again consists of five members – were elected to the body for the first time by the ISU Delegates in Horgen, Switzerland: Dr Andres Altwegg (CH) as Chairman, Michel Le Damany (F), Beate Zillmer (D) and Aad Vollebregt (NL). Rickard Nordström (S), who forms the link to the previous Committee, was elected as Vice Chairman.

Dr Altwegg was Secretary of the ISU from 1984-2006 and simultaneously Director of the Swiss Nursery Association. Between 2007 and 2014, he acted as Vice Director of the Swiss Horticultural Association JardinSuisse. "The ISU is currently debating its policy. I would like to accompany this discussion and bring it to a satisfactory conclusion", is the motto chosen by Andres Altwegg for his period of office.

Jakob Hokema, who no longer stood for election as ISU President after three periods in office, was appointed ISU Honorary President. This appointment was a thank you from the ISU members for his successful work in office since 2008. At the end of his last term, the ISU was becoming increasingly involved in developing activities on proposed European legislation. At their meeting, Delegates had earlier voted to intensify these efforts. Together with the just under 80 participants at the ISU Congress in Switzerland, Mr Hokema also said goodbye to his deputy Nico Rijnbeek (NL), who spent 20 years on the Committee and represented the ISU above all in the USA. He also supported the ISU as a sponsor. Jo Bogaerts (B) was the Belgian Delegate at the ISU and a member of the Trial Commission from 2000; he was a member of the Committee from 2006 onwards. He is also a sponsor and continues to maintain the ISU website www.isu-perennials.org. All three departing Committee members emphasized the importance of international and personal contact for them and their companies – in the past, the present and the future.

There was also a change in the President of the ISU Trial Commission. Jan Spruyt (B) has handed over the baton to Xavier Allemann (CH) who has already been very intensively involved this year in managing the extensive plant assessment in Wädenswil. 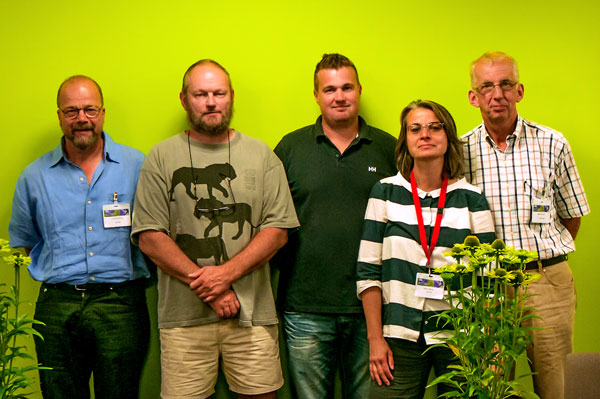 Jakob Hokema (l.) did not stand for re-election as ISU President. After many years of work on the ISU Committee, Jo Bogaerts (2nd from left) and Nico Rijnbeek (right) also stood down from their positions. Rickard Nordström will continue his work as a member of the Committee, as will ISU Secretary Tina Banse. Photo: ISU 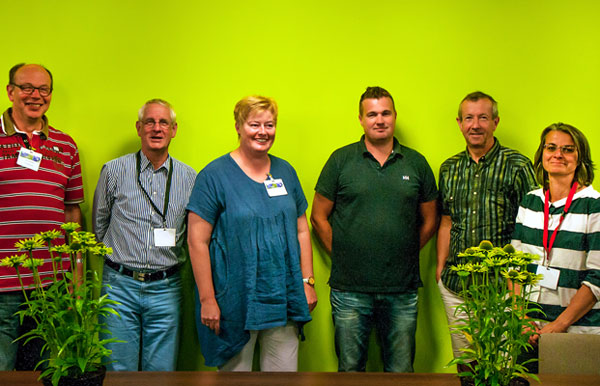 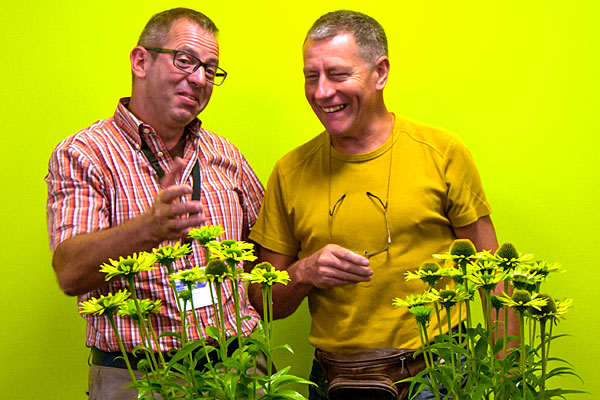 Xavier Allemann (left) was elected as new Chairman of the ISU Trial Commission. Together with his predecessor Jan Spruyt, he had been doing evaluations for the Commission for years. Photo: ISU

Provider: This cookie remains only for the current browser session.
Technical name: csrf_https-contao_csrf_token

Cookie generated by applications based on the PHP language. This is a generic identifier used to manage user session variables. A good example is maintaining a user's logged in status between pages.

Storage duration: indefinitely or until changes occur to the cookies requiring consent and renewed consent is required.
Technical name: ccb_contao_token_1

Allows to include third party content such as Google-Maps.

We use the provider Google for the integration of Google Maps. If you agree to the display of Google Maps, personal data such as your IP address may be transmitted to Google.